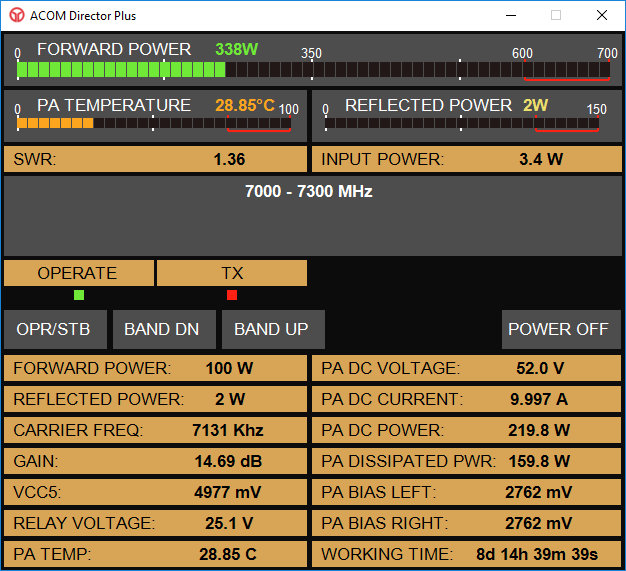 ACOM Director Plus Alpha release 1 is now available to download

Changes in this version are as follows:

The following are known issues:

I would be particularly interested in hearing from anyone with an ACOM1200S as i’m unable to test with this amplifier.